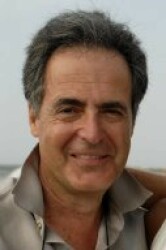 Fausto Giaccone (b.1943) grew up in Palermo, Sicily. His passion for photography dates back from his first trips in North Europe hitch-hiking at the time of high school years. After graduating in Architecture at the University of Rome, in 1968 he begins working as a photojournalist, covering many events and subjects in that extraordinary year: the earthquake in Sicily, the students’s movement in Rome, the Palestinian Fedayeen in Jordan (first coverage ever done, published on Paris Match and many other European magazines. In the Seventies he works also with the television and film industry, both as a still photographer and as a cameraman for documentaries in South America and Africa. In the summer of 1975, when Portugal is in the aftermath of the Carnation Revolution which brought back civil liberties and political freedomsand put an end to the empire, Giaccone is in a small village of Ribatejo, and witnesses expropriations, following land reform. In 1986 he goes back to the village in search of the same people he photographed at that time and publishes the book A Portoguese Story. In the Eighties Giaccone moves to Milan, where he gets regular assignments from news weekly as Epoca and Panorama. In the Nineties he is contributor of the most important Italian travel magazines. With the approach of the new century Giaccone covers the new European architectures, from Bilbao to Rotterdam, from Valencia to Berlin. Colombia is one of his beloved countries. He went first at the end of the Eighties and then he has gone back several times, doing many reportages, untill, in recent years, has decided to work on a book on Gabriel García Márquez’s world: “Macondo.The World of Gabriel García Márquez”, came out in 2013. In the same year he published the book “Volti di Cavallino Treporti”, about a territory in the Venetian lagoon. Since 1995 he is a contributor of AnzenbergerAgency.