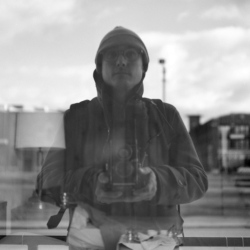 Brandon Thibodeaux was born in 1981 and raised in Beaumont, Texas. His photo career began at a small daily newspaper down in southeast Texas while studying photography at Lamar University. He now resides in Dallas, where he freelances for clients like Forbes, MSNBC.com, Newsweek, The New York Times, and The Wall Street Journal, among others. When he’s not doing that he’s likely found running the back roads of the South with a twin lens over his shoulder. He is a member of the photography collective MJR, based in New York City. In 2009 he joined the ranks of the Getty Reportage Emerging Talent. In 2012 his work in the Mississippi Delta received CENTER’s Review Santa Fe Award, and was selected for the Magenta Foundation’s Flash Forward 2012. The Oxford American listed him in the 100 Under 100, New Superstars of Southern Art 2012.