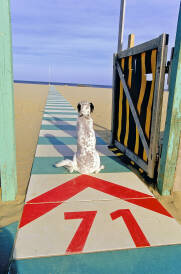 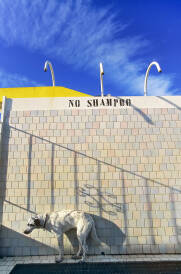 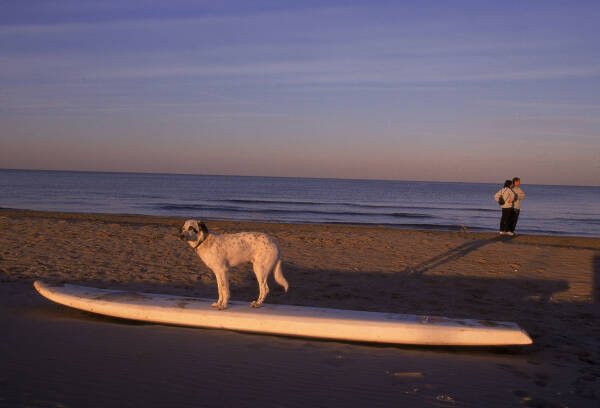 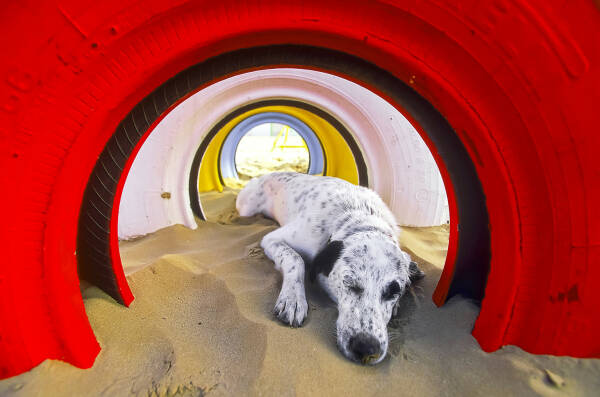 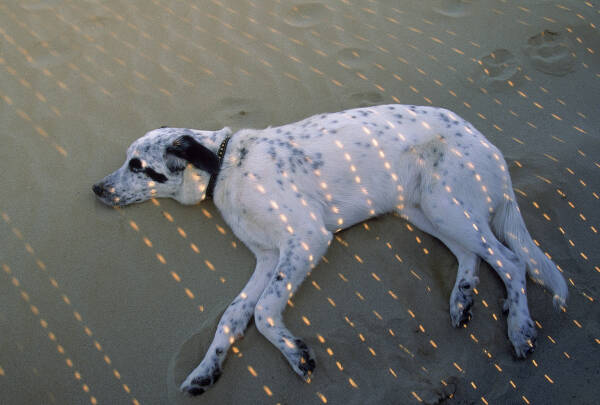 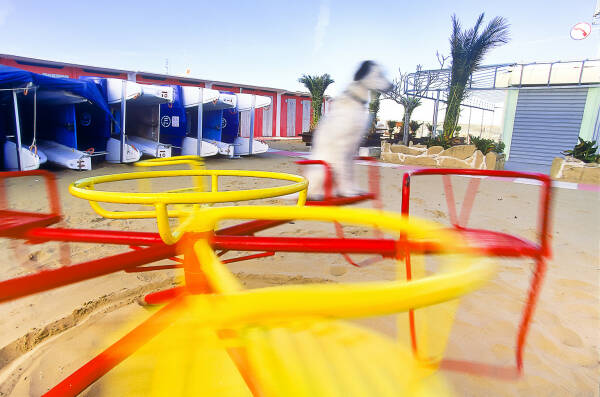 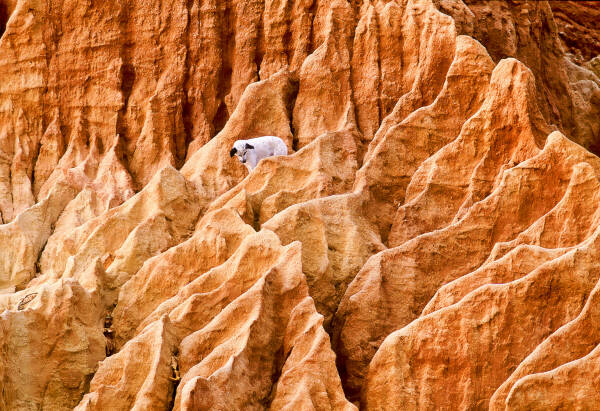 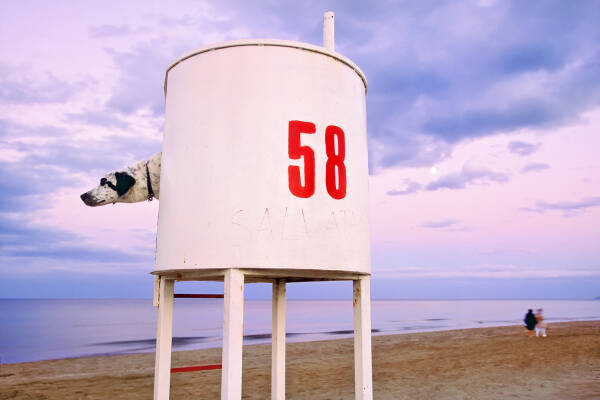 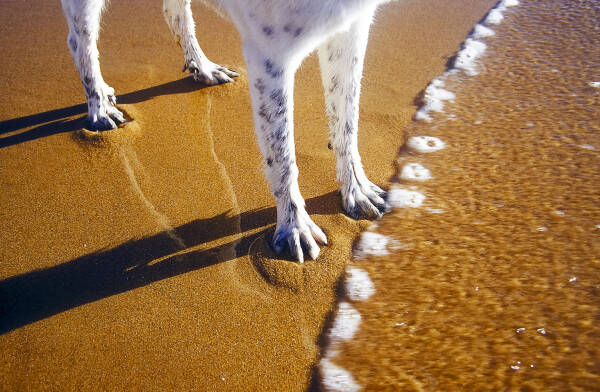 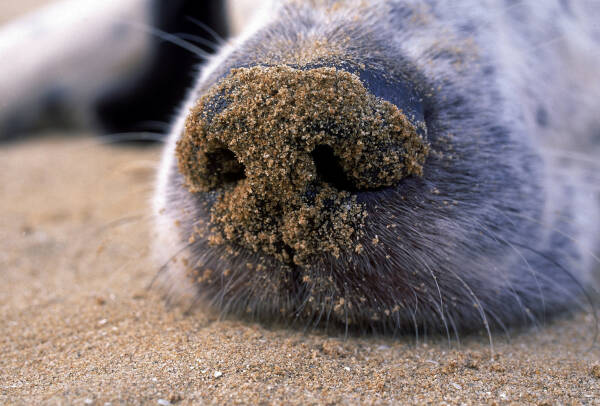 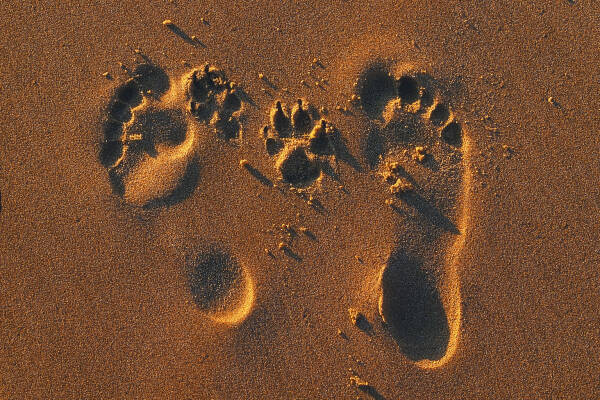 Pecorino came into this world in a place where dogs are too numerous and are therefore usually put down at birth. When Pecorino and the rest of his litter were discovered, though, they had reached a size at which nobody had the heart to kill them. It was decided to go through the arduous process of finding owners for the puppies. In the end all of them had been assigned to new homes except for one: a spotted white puppy with black ears. ”The last shall be first,” thought I to myself, dubbed the dog ”Pecorino” and appointed him my companion. ”Pecorino” actually means ”sheep’s milk cheese”. However, a newcomer to Italy who is still struggling to master the language could be given for thinking that it meant ”little sheep”. Which explains how a dog comes to be running around answering to the name of Sheep’s Milk Cheese. As a news photographer, though, it’s very difficult to look after a dog round the clock, so that I have to rely on the help of Pecorino’s various adoptive aunts and uncles. Like my girlfriend’s parents. They had been the owners of his mother, Lady. Before I set off on one of my assignments, Lady was poisoned by a crazy neighbour, so that leaving Pecorino with the family entailed the risk that the neighbour might harm him too. Eventually I opted for the lesser of two evils and took the dog with me on my travels. The destination of the assignment concerned was Tuscany. Pecorino learnt the hard way that you can also get sea-sick in a car. One afternoon I was poised to take a landscape shot when Pecorino, blithely ignorant of what was happening, shambled into the picture. At first the dog’s disobedience made me angry, but I was soon to change my mind completely. Pecorino had added a vital touch of interest to what would otherwise have been a rather trite photograph. Unwittingly, Pecorino had embarked on his canine career. Toni Anzenberger