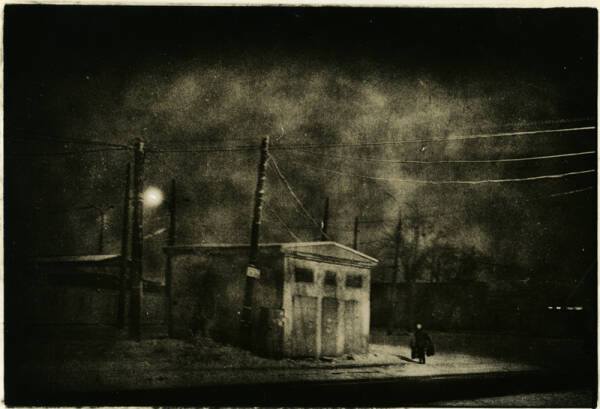 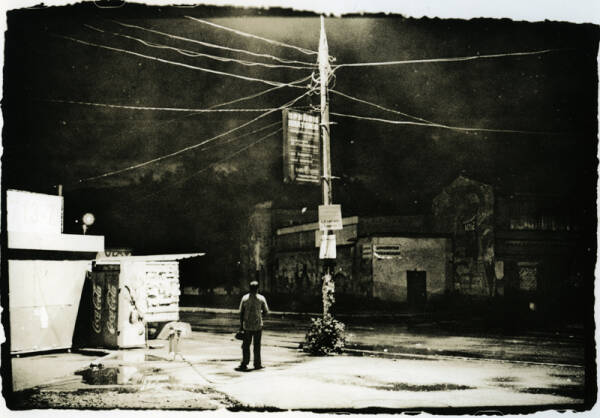 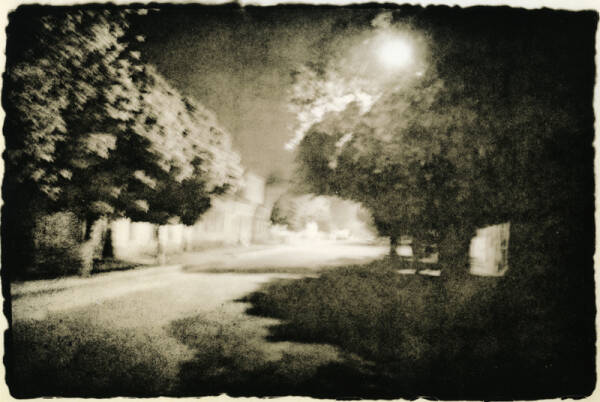 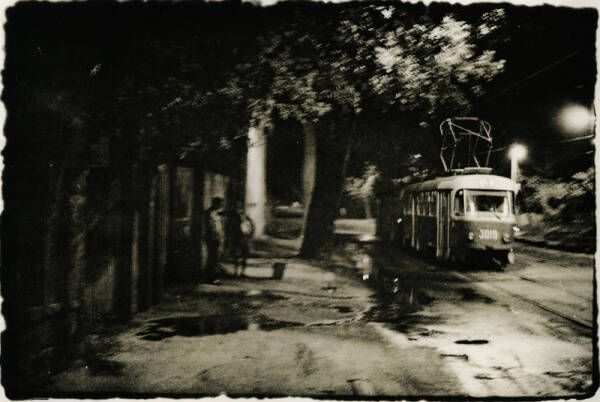 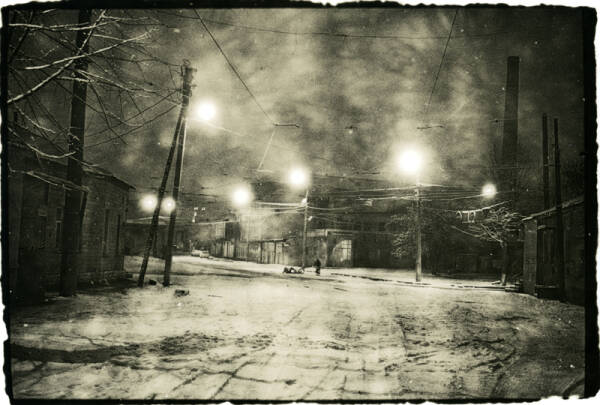 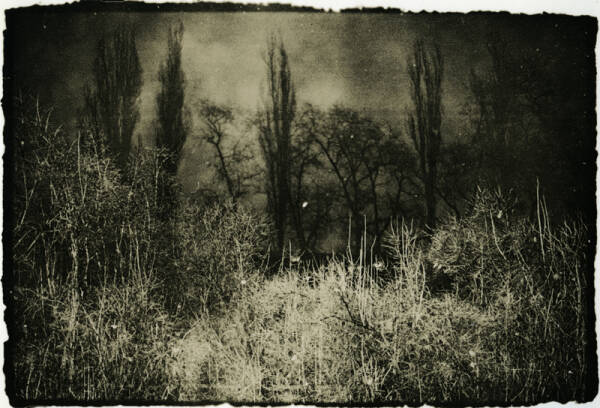 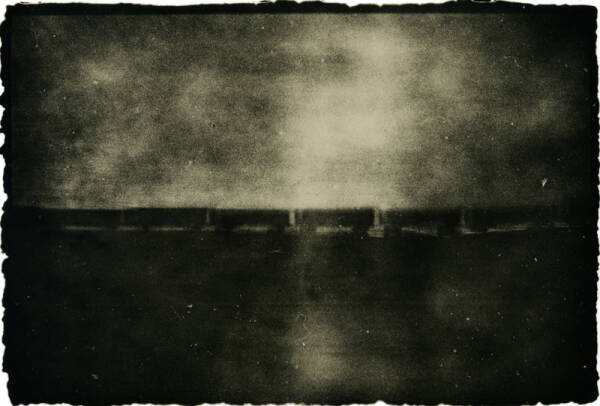 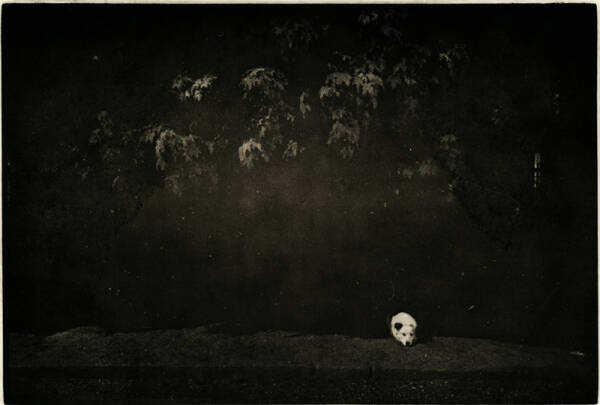 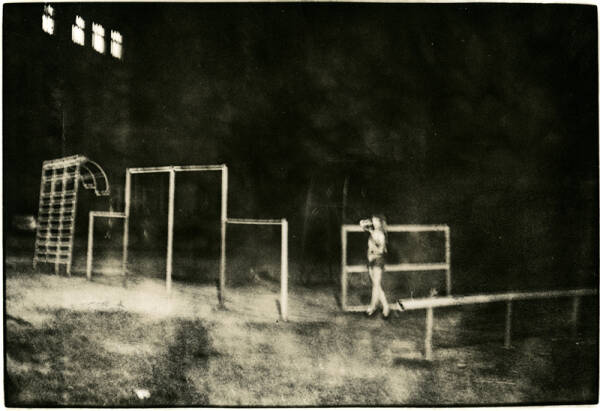 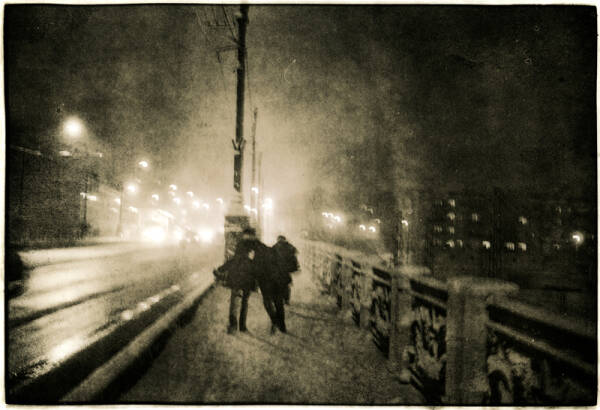 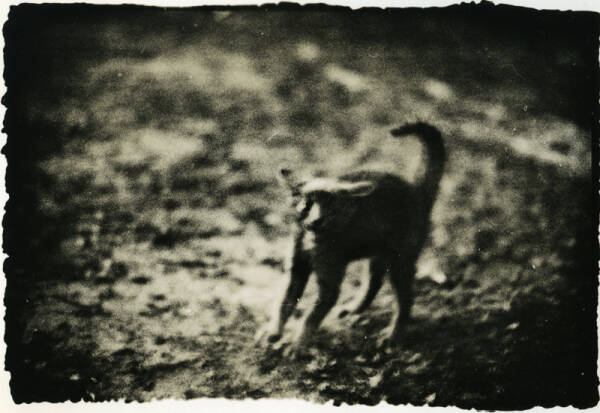 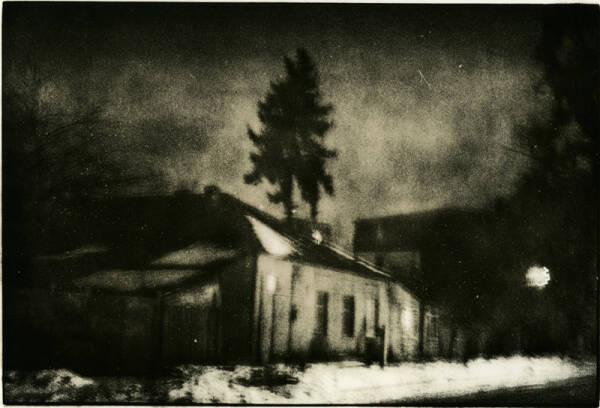 Sergiy Lebedynskyy's photography focuses on the social issues in his country. Mostly he works with the legacy of Ukraine’s soviet past. Rapid changes in the country, happened after the collapse of Soviet Union and gaining by Ukraine its independence, led to formation of strong inhomogeneity in people’s way of living and culture. The majority could not adapt and had to survive instead of thinking of how to progress. The land is stuck between the soviet past and uncertain present. Which future we will have? – is the question he is trying to answer by burrowing in the past, unsealing people’s fears, absurd and lakes of logic in their behavior. The "Noch" Series (the Night in English) shows streets of Kharkiv, his native city. The street views are memories about the previous civilisation. Old trams, trees, dogs and everything what is left. For making prints he uses the old soviet photographic paper Bromexpress-1 (discontinued since 1990). Using this paper and dark room process - lith printing – he receives unpredictable and unrepeatable results. This unpredictability and involvement of time in the process (aged paper, uncontrolled development) make each print to be a document. And a document means truth. Of course, this is just a game in truth.