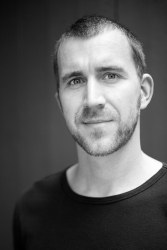 Born 1980, Schwaz, Tyrol, Austria.
Lives and works since 2005 as photographer and artist.

His works are part of numerous public and private collections.