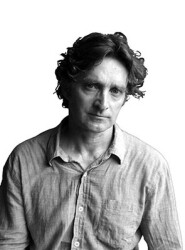 Philip has been a member of AnzenbergerAgency (Vienna, Austria) since 2002. His inquisitive and adventurous spirit would lead him far from his home town of Perth, Western Australia, and an initial career in architecture, into a world of travel and freedom in photography. That first step of wanderlust was more than two decades ago.
Now based in Perth and commuting to Shanghai on commissions, Philip has worked with some of the world's leading magazines - TIME, The Independent on Sunday Review, Forbes, Conde Nast Traveler, VOGUE China - while shooting annual reports for corporate clients including HSBC, RBS and Zurich Insurance.

He's taught photojournalism at both Edith Cowan University and at the University of Western Sydney, two of Australia's most progressive media departments.
While his imagery has been exhibited and honoured with awards in his native Australia, he has exhibited internationally - including being featured at Holland's prestigious Noorderlicht Photo Festival - and in Japan and Europe. His project Visible, Now - The Fragility of Childhood was published as an e-book in 2006 and his Black Christmas Bushfire Series (2001) is in the permanent collection of the National Gallery of Australia.

In addition to photography, Philip has written numerous articles on his travels for publications as diverse as Discovery, South China Morning Post, Asahi Shimbun, Australian Financial Review and Asia Literary Review, and is currently involved in the production of short film and documentary projects.