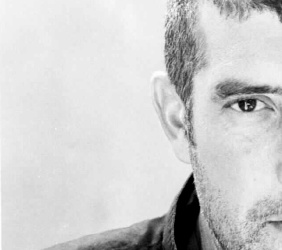 Born in 1964 in Umbria, Italy, he worked as an assistant for Fratelli Alinari in Florence following many different jobs and being a carrier in the Italian Volleyball League. After a brief experience in Toronto, Canada, he moved in 1992 to Vienna, where he started to work as a photo researcher for the AnzenbergerAgency.

He began frequent travels to the East and was based for five years in Sydney, Australia, a convenient base for producing a variety of reportages, such as The City Preparing for the Olympics, a project on Australian outdoor life and Chatham Island. After many China-based assignments and features, he decided to relocate to Shanghai in 2004. His photos from Shanghai were widely published and shown at various galleries. In 2005 his feature on the Sigma Recycling Factory in Shanghai was projected at Visa Pour l’Image in Perpignan, France. His Ping Pong School pictures were exhibited at the Leica Gallery in Solms.

He has been represented by the AnzenbergerAgency since 1992, and a 16-page printed portfolio of his work on Shanghai was published by the agency in 2001. An exhibition with this photographs was shown at the AnzenbergerGallery in May 2004. He is currently working in many locations in Asia, mainly under assignment to editorial, corporate and portrait projects. He has been published in many magazines worldwide.