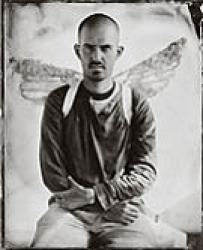 Born in 1977, Kacper Kowalski is a graduate of the Technical University of Gdańsk, where he studied architecture. After having worked in architecture for four years, he devoted himself entirely to flying and photography. Both as a pilot and a photographer, he takes aerial pictures of natural and urban environments of his native Poland.

He has received numerous awards, including the World Press Photo award, the Picture of the Year International (POYi) award, the Best of Photojournalism (NPPA) award and the Sony World Photography Award.

His first photography book Side Effects was published in early 2014. He lives and works with his wife and two kids in Gdynia, Poland.