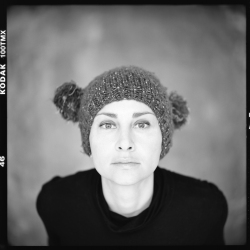 Eugenia Maximova was born in Ruse, Bulgaria.  She graduated from The University of Vienna, reading journalism and communication science.  Eugenia Maximova first became interested in photography in 2005 after the sudden death of her mother, a recognized Bulgarian painter. “Looking through the viewer and pressing the camera button helped me to escape the harrowing reality of her loss, to overcome the shock and lessen the burning pain. As time passed, photography became my favored means of communication; a new outlet of creative expression, for how I felt about both myself and my perception of the world around me.” says Eugenia. Eugenia is now inseparable from her coeval Hasselblad 500 C, travelling together around the world in search of comprehension and visual truth.