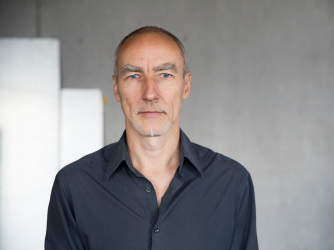 Andreas Trogisch’s career as a photographer started in the early 1980’s. Since then, his photographic work was exhibited in Lyon, Berlin and Köln and was released in several photobooks. In 2014 he published „Replies“ which was listed among the best photobooks of the year several times. Some of his works are included in the State Art Collection of Cottbus. Since 2015 he is a member of the “Deutsche Fotografische Akademie”. He is also working as a graphic and exhibition designer and is represented by the agency bobsairport.